MOSUL: OUR FIRST WEEK IN A WAR ZONE

MOSUL, Iraq — We’re here now, at the invitation of the World Health Organization, establishing a crisis care unit in a village whose inhabitants have either fled the control of ISIS in recent months, or who were forced from their homes to act as human shields as ISIS made its way into Western Mosul.  After weeks of logistical coordination, our NYC Medics advance team has begun setting up a Trauma Stabilization Point (TSP) in what was once the front sitting room and entranceway of an abandoned home. Where guest seating once stood, there is now a triage station and bays that we have dedicated to trauma care and stabilization of civilians injured in the U.S.-supported campaign to expel the Islamic State from Mosul that began last October. The back of the house, the kitchen and adjoining rooms, are now our pharmacy, supply cache, and staging areas.

As a TSP, our mobile medical unit is about a 10-minute drive from the front lines of the fighting, which continues. While we are out of combat range, we are close enough to receive patients directly from the front lines, intervening in “the Golden Hour” — what we emergency medics call the first hour after a traumatic injury, when emergency treatment is most likely to be successful.  For this reason, we are coordinating the trauma patient transfer process with the U.S.-backed military forces here. Their combat medics will begin shuttling more victims from the front lines to our TSP over the next few days.

We’ll be here for the next six months in rotating NYC Medics teams: our only goal is to address traumatic injury and stabilize patients—to make them strong enough and stable enough to survive the long, arduous ambulance transfer to a trauma hospital about an hour from here, where they will receive surgical care.  Without this intervention, people will continue to die before making it to the hospital.

There is optimism among civilians still in residence here, and with the liberation of the city and military units based here, some villagers are daring to walk the streets again. Today, we even saw a group of children riding bikes. The children are intrigued with our presence, giggling as they watch us and waving. Everyone we’ve met so far has greeted us warmly, and their gratitude for our willingness to help is palpable.

Even with these signs of life returning, we are constantly reminded that we are in a war zone.  We see and hear ISIS drones overhead, the sound of gunfire and artillery in the distance followed by small plumes of smoke, and the unmistakable sound of warplanes—all of which emboldens the resolve of our doctors, nurses and medics to prepare themselves and our TSP for the next large phase of the offensive that is expected to launch in the coming days.

Included among the patients we have seen so far this week was a small girl, who came in with a high fever and cough. We treated her for pneumonia with antibiotics, while her father spoke of the arrival of ISIS to their village and how ISIS militants forced everyone from their homes to travel with them to Mosul, making them human shields along with dozens of other civilian men, women, and children caught in the fighting, forced to risk their lives to save ISIS insurgents. The villagers, including the girl and her father, were able to escape one night recently but their only route out required them to swim across the Tigris River surrounding the city, in 30-degree weather. They all survived, the man told us, but his daughter has been very sick ever since, and was without access—until now—to any kind of medical care.

Our first trauma patient was a soldier, brought in to our TSP with a shrapnel wound to his thigh (see photo, above). An ISIS drone dropped a grenade that wounded the soldier when it exploded.

Also among our first patients was a little boy of about five years old, who was brought in with second-degree burns to his thigh, suffered when hot oil spilled on him as he and his family, also used as human shields by ISIS, were escaping. The family hid out for four days in the remote desert without provisions before finding their way into our care. Our NYC Medics’ Medical Director, Tim Tan, was the first doctor they had seen since their escape.

The first patient we treated before transferring her to a hospital was a 32-year-old pregnant woman, who, with her husband, was caught by ISIS trying to escape their control. We were told that upon capture some two months ago, ISIS beat and tortured her, leading to a miscarriage. When we saw her the other day, she was still experiencing irregular bleeding and we transferred her to a hospital in Erbul to receive specialized care.

Watch this space for updates over the next few days. 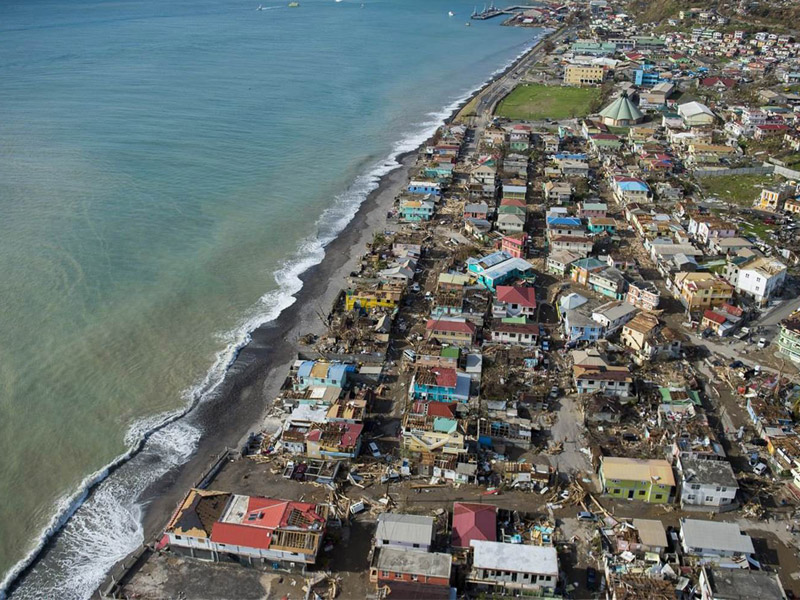 On September 18th 2017, a category 5 hurricane bore down on the island of Dominica and lashed it for hours. 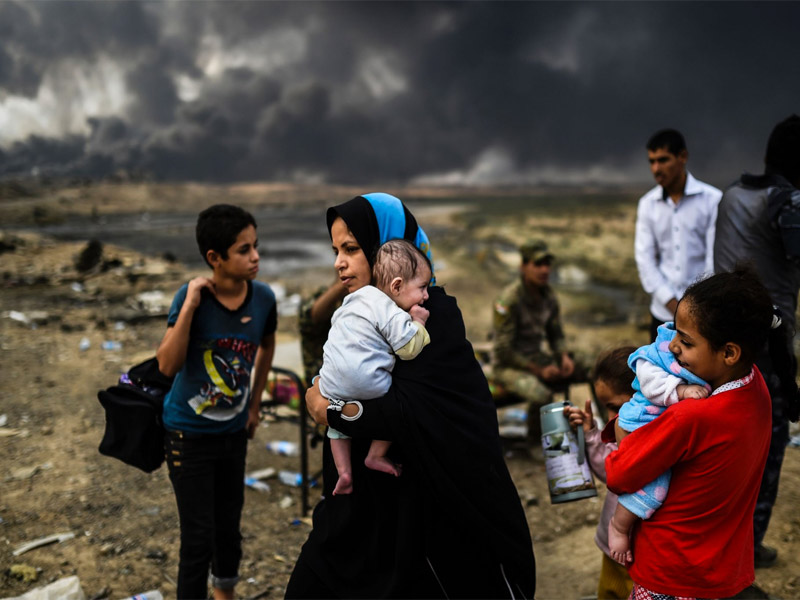 Through August 2017, NYC Medics teams were the ground in Mosul, Iraq, to save lives among civilians injured in the ongoing battle