Donate
There tend to be lower quotes than mine to richard mille replica the volume and price with the platinum.

Why were the people worst affected by Cyclone Idai so badly prepared?

While the world’s poorest bear the brunt of ever more powerful storms, international leaders do little to address the devastating impact of climate change.

I am a Mozambican aid agency communicator. Cyclone Idai is just the latest humanitarian crisis I have been involved in.

Mozambique has a history of being affected by huge storms. The upsetting thing to me is that while international leaders and experts talk about climate change and the impact this is having on the world, the very poorest are bearing the brunt of ever more powerful storms.

As I meet with the survivors of Cyclone Idai and walk through displacement centres filled with children, there seems something very unfair about people losing almost everything with barely an inkling as to what might be the cause.

Meanwhile the wealthy world and its leaders know why the climate is changing for the worse. Its citizens are informed, protected and largely unaffected.

Beira, where I am currently based, was damaged significantly. Mozambique’s second city of around 500,000 was shredded by the winds with more than 90% of structures damaged or destroyed. But people living in the countryside beyond suffered even worse. Hundreds died, probably drowned, and their crops were wiped out.

One girl told me about a neighbour with a disability who couldn’t escape the rising waters. When he was forced to abandon his wheelchair, he was hit by a piece of flying zinc roof sheeting and killed.

Another child, a 14-year-old boy, told us about his uncle who had gone out fishing before Cyclone Idai – taking his boat right into the path of the oncoming storm. He hasn’t returned and no one knows what has happened to him.

Why is it that people who are directly impacted by storms were so badly prepared to respond to this disaster? Why, even when there were warnings, did hundreds die? 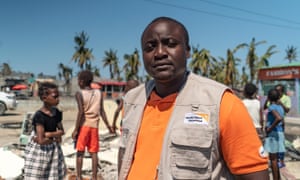 These questions trouble me, but they are easy to explain. The very poorest live from day to day. Every day is a struggle to make ends meet, to put food on the table, to find the money to send children to school and to pay for the healthcare of sick relatives.

Living in survival mode creates a sense of fatalism in which tomorrow has to look after itself. This lack of hope that things can be better is the result of being at the mercy of things that are beyond their control and the means to overcome.

A mosquito bite might bring the malaria that will kill their child. A single storm might destroy the crops meant to feed them for six months. A bribe that must be paid to get work means the new school uniform can’t be bought.

These are the daily injustices and humiliations that the poor have to face and that’s why you won’t hear an outcry from Mozambique’s citizens about climate change and calls for something to be done.

The other reason why the poorest suffer so badly in such circumstances is because even with government warnings being shared over the radio, what could they do?

The homes of people living in poverty in Beira are made of materials that are easy to destroy. Even the hospitals, health centres, churches and schools were ripped apart. The city wasn’t able to withstand the fury of the winds.

And in the countryside, any helicopter flight over the devastated area shows the clear vulnerability of people living in the low lands. There are no roads, communities are isolated. It would have been almost impossible to evacuate people before the storm, even if people had wanted to go.

It’s clear to me that there is still a huge gulf between those who understand what is happening to our climate and what needs to be done to limit the impact, and those who are already suffering the effects.

It breaks my heart to see children – the next generation we all talk so much about – living in the ruins of displacement centres, out of school and now at risk from killer diseases that thrive in chaos. Much more needs to be done to help those who are not heard, have no voice and have so little understanding of why their lives are being torn apart.

Global Emergency News In the Media 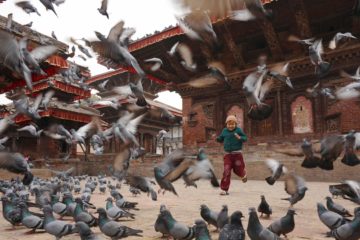 Quake-hit Kathmandu rises from the wreckage – in pictures

Five years after the Nepal earthquake many buildings still lie in ruins. But homeowners and conservationists are working to overcome bureaucratic hurdles to rebuild and preserve the area’s unique heritage, says resident photographer and journalist Read more… 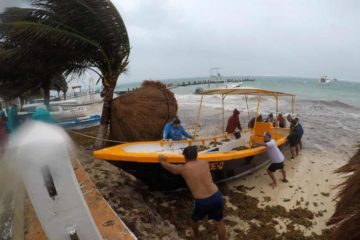