Search for survivors of Hurricane Dorian continues in Bahamas

Rescue workers wearing white hazard suits continued their grim search for bodies and survivors in the hurricane-ravaged Bahamas on Monday, as relief agencies worked to deliver food and supplies over flooded roads and piles of debris. 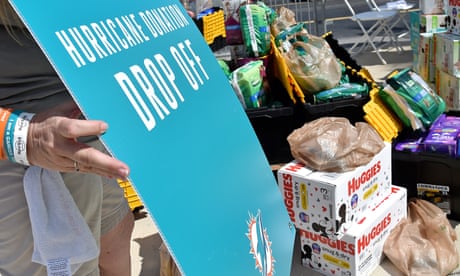 At least 44 people died when Hurricane Dorian hit the Bahamas on 1 September, flattening homes and tossing cars and planes like toys. At least five deaths have been blamed on the storm in the south-eastern US and one in Puerto Rico.

Dorian was one of the most powerful Caribbean storms on record, a category 5 hurricane with winds of 200mph. It stalled over the Bahamas for nearly two days, becoming the worst disaster in the nation’s history.

Large swaths of Greater Abaco Island were destroyed. In the hard-hit Mudd section of the island, search crews have used geotagging technology to mark the locations of bodies.

The government of the Bahamas said on Sunday more than 900 members of its police and military were on Abaco and Grand Bahama to help with hurricane relief. The government also said 120 Jamaican security personnel had arrived and 100 troops from Trinidad and Tobago were due.

Large numbers of security forces from Britain and the US were also involved in search, rescue and recovery operations, the Bahamian government said.

The Bahamian National Emergency Management Agency said late on Sunday 2,500 people had been evacuated, most from Abaco. Thousands of people have reached the capital, Nassau, where shelters are under strain. Hundreds of people displaced by the storm have fled to the US.

Shelters were housing about 1,100 people, officials said. More were staying with friends and relatives. The Bahamian government was asking residents whose homes were intact to open them up to those displaced by the storm. 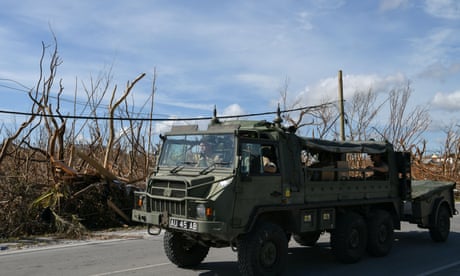 Some 90% of homes, buildings and infrastructure in Marsh Harbour were damaged, the World Food Programme (WFP) said. Thousands were living in a government building, a medical center and an Anglican church but had little or no access to water, power and sanitary facilities.

About 70,000 were in need of food and shelter, the WFP estimated. Private forecasters estimated that about $3bn in insured property was destroyed or damaged.

The risk of outbreaks of diarrhea and waterborne diseases was high as drinking water may be tainted with sewage, according to the Pan American Health Organization.